Finance and Treasury Board

FREDERICTON (GNB) – The provincial government tabled today a $466-million capital budget for 2013-14 that is focused on maintaining existing assets and completing projects already underway. Only $3.5 million will be spent to start new projects, down from $24 million in 2012-13 and $42 million in 2011-12.

"Our government's priorities are maintaining existing assets today to avoid greater costs down the road while completing the projects currently underway in the most timely, cost-effective manner possible," said Finance Minister Blaine Higgs. "At the same time, as we rebuild our province’s finances, we do not believe we are in a financial position to fund a significant number of new projects."

Higgs reported that the provincial government is within two per cent of the original multi-year plan tabled in December 2011, covering the period 2012-13 to 2014-15. 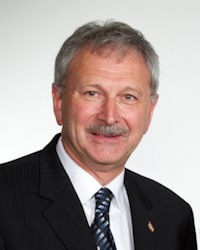 Finance Minister Blaine Higgs tabled the 2013-2014 Capital Budget in the Legislative Assembly Dec. 11, 2012. The $466 million capital budget is focused on maintaining existing assets and completing projects that are already underway.

In order to address New Brunswick’s serious fiscal challenges, only $3.5 million in spending on new projects has been approved, down from $24 million last year and $42 million in 2010-11. The spending levels in this capital budget follow closely the levels set out for 2013-14 in last year’s multi-year capital budget.

Similar to last year, the 2013-14 capital budget lays out spending targets for the next two years in order to help with planning and prioritizing capital needs while improving transparency.