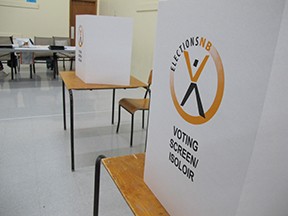 This page contains information and material useful for individuals interested in becoming a candidate, the official agent, or the scrutineer of a candidate for a provincial election.

To be a candidate as a member of the Legislative Assembly (MLA), one must be qualified to vote in New Brunswick. To vote, a person must be:

• 18 years of age on or before election
day;

• ordinarily resident in the Province for at
least 40 days immediately preceding the date of the election; and

Any person who meets these requirements can become a candidate; however, prospective candidates who work for the provincial or federal government should discuss any employment related conditions before deciding to offer.

Nomination as a candidate for a registered political party

The first step in becoming a candidate in a provincial election is to seek the nomination of a registered political party in the electoral district where you intend to run.

If you intend to be an independent candidate, this step does not apply.

Information for Nomination Contestants and their Official Representatives

As required by the Elections Act, individuals seeking the nomination as a candidate of a registered political party in a provincial electoral district must register with Elections New Brunswick as soon as possible after being accepted as a “nomination contestant” by their party.

The exact process to become a nomination contestant varies by party, but the registration process is not complete until an authorized officer of the registered political party accepts the individual and files the form “Application for Registration as a Leadership Contestant or Nomination Contestant” with Elections New Brunswick.

An individual who is elected by acclamation in an electoral district is still considered a nomination contestant and must complete the registration process.

Becoming a Candidate for an Election 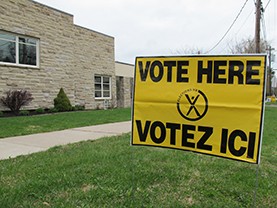 The process to officially register with Elections New Brunswick as a candidate in an election can only be initiated after the writ of election is issued by the Lieutenant-Governor in Council.  At that time, the returning officer for each electoral district is empowered to accept nomination papers from candidates.  The electronic versions of the documents found in a nomination kit provided by a returning officer are listed below.

Information that is applicable to all candidates is listed below.

At an election, prospective candidates can pick up a nomination kit at the local returning office once it is opened. The documents and forms are also available to download using the links below.

Please Note: An independent candidate, whether registered or not, is required to follow the same nomination process as a candidate of a recognized party

Prior to the issuing of a writ of election, an individual who has been selected as the candidate of a registered political party in an electoral district may begin to present themselves to the public as a candidate for an upcoming election.  All election campaign finances, however, are subject to rules under the Elections Act and the Political Process Financing Act, including:

Details of these campaign financing rules are posted online.

Campaigning as a Candidate during an Election

During an election period, there are a number of rules that apply to how the actual conduct of an election may occur.   Various topics related to being a candidate in an election are listed below: